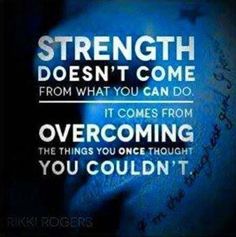 Chalene Johnson says, “If your friends don’t work out, get new friends!” Basically, surround yourself with people who fit who you want to be; people who will help you along your path, not create roadblocks and detours.

Brilliant advice I’ve never met anyone disagree with, but, as with so much great advice, easier said than done. Sure, it could be easy; should be even, but when the difficult decisions arise, we tend to simply throw the covers over our heads.

What kind of @ssh0le$ are we that we ask for advice, then ignore it. Assuming we’re asking someone with genuine intelligence on a subject, what does it mean about us that we don’t do what they say? I say it makes us @ssh0le$ and unworthy. Why do we take what someone HAS ACTUALLY DONE then say we don’t need to do it that way, as if we know better. We don’t know better, we’re just unwilling to put in the work.

we should be ashamed!

Maybe we think that these decisions need to be instant-action? Or non-life-altering? Maybe easy even. The latter seems too ignorant to be real, but unconsciously, it seems this is where we all stop. Of course it won’t be easy. We even understand this on an intellectual level that comes out in words, yet our actions continue to tell of our complete non-understanding. Or is it that we’re truly so lazy, so complacent, so sucking-at-life, that we simply don’t do what needs to be done, just because.

We should be ashamed.

2. unwilling or restrained because of fear of shame, ridicule, or disapproval:

Children have no shame. Not until we teach them, through ridiculed disapproval. Why do we do that? Justification of our own discriminatory thought processes? Justification of our own shortcomings? Misery loves company, yes? Yes. Watch everyone you know. They all brighten when they see someone doing something that justifies their actions. This happens with positive things, as well, but it’s those negative habits that are already hard enough to break. How dare we instill these same crutches on our children, but we do.

I think it’s because we’ve never been taught to witness our lives. There’s so little objectioned foresight, hindsight, or any sight in our daily activity. Imagine if you’d been taught as a toddler to be present, to be aware, to critically think all the time. Would the things that suck even be around to discuss their suckage? (I just wanted to use the word suckage there). Does anyone even know what I’m talking about when I say “be present?”

Maybe there’s not so many who live under this rock of their own creation, constantly complaining about the victimization of their lives, never really understanding it’s themselves who’ve created their hell. Maybe I hang around with the wrong people. Maybe I pay too close attention to the times people rant. As if I don’t rant. I have a category on this blog titled RANT. Maybe this complaint about others is simply a reflection of my own bad attitude, and unwillingness to admit my own cowardice.

Believing this world of mine is simply the problem of too small a keyhole to peek through, gives hope that searching outward will illuminate those who don’t fit this model, but social media suggests this isn’t true. Should social media be the true judge of our current culture…

There’s so much to suggest there’s a spark of understanding that we’re doing it all wrong. Memes, our current first language, tell that people know:

Actions define who you are. Words just prove what you wish you were.

There is a place for wishing. There’s a place for dreaming, because that’s what leads to ideas of being better, which should lead to goals. But dreaming a thing and making it a goal are vastly different. A goal without an ACTION plan is simply an idea. Ideas are highly overrated in this form. Ideas without plans are words. We all know how valuable words are. Just scroll through some memes.