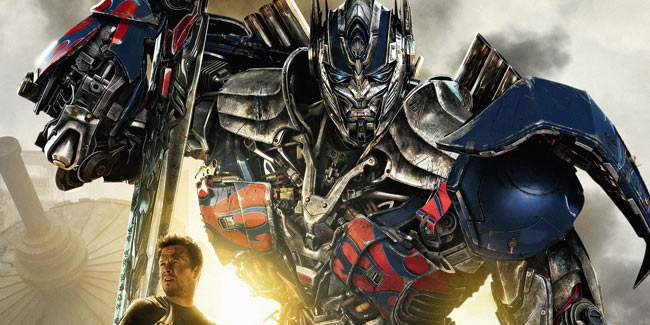 For years, I’ve been saying I need to record my boyfriend and my car conversations. For whatever reason, the car brings out our best dialogue, especially since we like to really dig into the reasons why things are said and opinionated about. If the recorder on either of our phones works alright, today maybe day one of this future podcast…

I used to be a 3-4 times a week movie goer. Now, I barely get to 4 a year. Changes in scheduling and income explain the reasons for this. I bring this up only to explain why I’m just now talking about Transformers: Age of Extinction. This past weekend, I finally got to see it.

All I want to talk about is: Storytelling, and why Michael Bay can’t seem to do it. Steven Spielburg can tell a story, and with his name attached so significantly to this franchise, we just don’t understand what’s going on. Having cool effects, and action-packed blowing-up of EvErYtHiNg is fun, but why pack it in so tightly you lose the rest, especially when you legitimately don’t have to.

The boyfriend was unnecessary enough sub-plots were going on to render his character a nuisance. Sure, there was some fun back-and-forth with this guy, but nothing that couldn’t have been replaced with just the daughter, or our other clown, who could have just made it through instead of being incinerated as an act of poorly experienced karma.

Bring in the boyfriend in the next movie! If we needed a driver that badly to save everyone during the car chase scenes- well, I just don’t believe we needed it that badly. So many other things happen throughout the movie that are forced, or unexplained, simply to perpetuate a building blowing up.

And Prime kills someone!!!! WHAT!?

Why are the Dinobots, who are awesome, and who we definitely wanted to see more of, with an actual story to surround them, in this movie at all? Lockdown’s plot was enough to carry the entire movie, why water it down by inserting 2+ other watered down stories? Save those things for the next movie. Isn’t this storytelling 101?

Not only were the dinobots wasted, why use 3? Why were there more than one on Lockdown’s ship? He was collecting one of everything else, but more than one of these guys? Another “because it looks cool” reasoning that just doesn’t pass with the fans. Rotten Tomatoes: 18%. No sense of self-control, just the need for the instant gratification of watching something blow up. Do they not trust that Transformers will pull a huge turnout without tricking us? Is Shyamalan running things over there?

The movie was fun, if you don’t care about story and just want to see a bunch of cool scenes strewn together. One thing Bay does deliver on: blowing everything up! 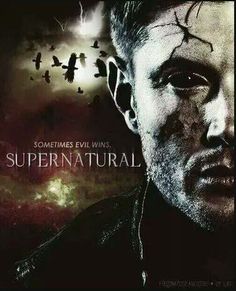 Supernatural started last week with an excellent season opener. I binge watched season 8 & 9, since I’ve missed most live airing of any show over the past few years (I’m that person cable hates since I don’t watch live TV, I just wait for Netflix or Amazon prime to pick it up).  The CW website is great, since watching episodes there is easier than picking up the tv remote. I’m now into Arrow, the Flash, The 100, and Supernatural. If they moved Once Upon A Time from ABC (whose website is evil. You have to log into your cable provider to watch), and Sleepy Hollow from FOX, I wouldn’t need any other network.

They pulled back a little from what I expected Dean to be going through, but when I thought back to the meeting of Cain in season 9, it made sense. Crowley continues to be great, and I love the BFF status these two now have, even as Moose continues to hunt for his brother. If you’ve been out of the loop on this show for the past couple of seasons, as we had been, this season 10 opener promises a season you’ll want to catch up for. Quickly though, it’s going to be week 3! This show airs Tuesday nights! 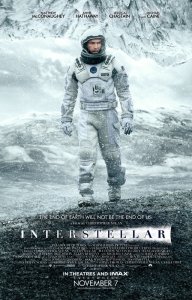 I’m definitely looking forward to The 100 (it’s kind of more a teenie-bopper show, but I got addicted). I thought it might be the first show I caught live this season, but no… so I”m off to catch-up with some internet T.V.

Intersteller, hitting theaters November 5th, looks like my kind of movie, though the cast has me weirded out. McConaughey and Hatahway don’t strike me as Sci-Fi types, but I’m willing not to judge just yet.

Thanks for hanging out for my random thoughts!

#fridayreads What are you currently reading? . . . I have 2 in the works and neither are keeping my interest. Demons for Beginners was adorable so I grabbed book 2, but I’m already a little bored. This is my second go with Constitution. While the premise seems great, I just can’t stand the characters. I’m giving it a few more chapters before I officially dump it for something else. . . . Anyone read either of these books? What are you reading? . . . . . . . . . . . . . . . . . . . #bookworm #bookwormigans #humansofbookstagram #demonized #amreadingscifi #scifireads #newadultfantasy #slayingdemonsforthefeeble #bookworms #ilovebookstagram #bookobsessed #fridayreads #bookwormforlife #booklover #booklovers #booklove #amreading #ilovebooks #lifelongreader #booknerdigans #igbooks #bookish #bibliophilelife #parttimebookstagrammer
Apparently I am now a plotter... . . . I had wanted this first draft finished by the new year but since I redefined the formatting, I’m a little behind. Outlining a whole new first book in a series I had originally planned to tell in flashbacks. At least when this first book is complete, books 2 & 3 are all ready to go 🤓 . . . . . . . . . . . . . . . . . . . #plotter #pantsterturnedplotter #reformattingbrainstorm #firstdraftproblems #dragonsoul #amwritingfantasy #amwritingfiction #writerwritingwords #writerwriting #writersofig #bookbond #writingabook #authorsofinstagram📚 #writerscommunityofinstagram #indieauthor #indieauthors #writersofinstagramcommunity #writingcommunityofinstagram #editingwoes #igwriters #writerslifeforme #indiesareworthit #ilovewriting #authorlife #writerscorner #writersofbookstagram
Finally back to my favorite writing spot 🌞 . . . My holiday was extended a couple of weeks with the traveling but I’m finally getting back to the writing. I’m behind on all my self-imposed deadlines, but no worries. I get roughly 4 weeks to focus entirely on catching up before capitalist reality infringes on my life 🤓 . . . . . . . . . . . . . . . . #amwritingfantasy #amwritingfiction #writerwritingwords #writerwriting #writersofig #bookbond #writingabook #authorsofinstagram📚 #writerscommunityofinstagram #indieauthor #indieauthors #writersofinstagramcommunity #writingcommunityofinstagram #igwriters #writerslifeforme #indiesareworthit #ilovewriting #authorlife #writerscorner #writersofbookstagram #aliceinwonderlandmug #thisnewyear #wereallmadhere
I did not fall and die. Day 2 of Transform :20 forced some deep digging, but I made it. It’s only 20 minutes and it’s only day 2 🏋️‍♀️Now to sit and spew out some words ✍️ . . . . . . . . . . . . . . . . #fitauthorsclub #authorslife #transform20 #transform20challenge #stepitup #bebetter #day2commenced #stopgivingup #amwritingfantasy #igauthorscommunity #creatingthemeiwanttobe
Don't unfollow!! I am NOT a coach... I'm just adding a new adventure to my feed that includes my use of Beachbody programs. I love working out from home, so knew it was the only way to start my re-re-adventure into fitness. . . . What are you trying to reign control of this year? . . . Three years ago... maybe it was 4 now- time goes by too fast- I was in the best shape in long years. Then, we started traveling and I decided fast food and snacks were a brilliant idea for core health 🤦‍♀️ Now, the heaviest I've ever been, it's time to get back to it... . . . I completed 3 weeks of 21 Day Fix through Christmas and the New Year, but didn't watch my food intake. Now, it's time to take full control! Here's my plan 🙌 *Note my "contemplating non-failure" face* Also note, my purpose for posting this journey is for a little more personal accountability. Check out my blog posts for more about my journey 😀 . . . What are you trying to reign control of this year? Anyone joining the #fitauthorsclub with me? . . . . . . . . . . . . . . . . . . . . #fitauthorsclub #fitauthors #mondaymotivate #controlyourlife #ishouldbewriting #amwritingfantasy #indieauthor #writersofig #writingabook #authorcommunity
How is your 2020 starting out? . . . Look at this sky 🌞 So great to be back in the sunshine state! Getting things organized and settled so Monday can start my new year 🎉 A lot of writing to do, and some healthier habits to form. I’m looking forward to it 🤓 . . . . . . . . . . . . . #healthierlifestylechoices #backtobasicsfitness #goalsetters #writerslife #sunshinestateofmind #blueskiesallyear #favoritescenes #ishouldbewriting #dontbejelous #disciplineequalsfreedom

Exploring What Captivates, Inspires, and Intrigues Us.

JOIN HER ON AN ADVENTURE

The author blog for R. K. Brainerd; my thoughts and adventures

When life hands you lemons, go find some gin and tonic, then read a book!

BE CREATIVE. BE INNOVATIVE. BE YOURSELF.